Chilling on a Boat in the Backwaters of India

The boat churns to a slow start on as I drop my bag in the bedroom. It has two double beds, and I'm not sure how all 9 of us will sleep here. This is our first glimpse at what will be our home for the next three days. 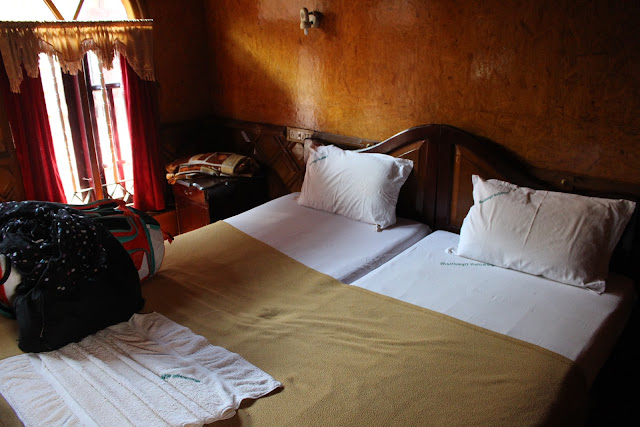 I went to India alone, a year ago now, and hadn't booked any portion of my trip in advance. In fact, all I had really done was looked at pictures of interesting places and highlighted them on a map: 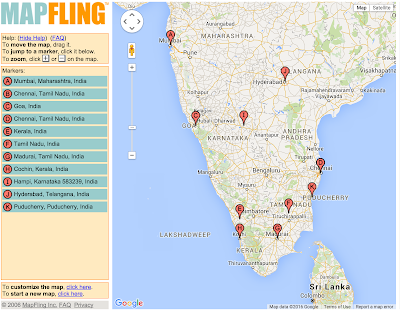 When I first arrived in Mumbai, I was eaten alive by mosquitos in my hostel room while napping. Coupling my giant welts with having no idea where to eat or how to get a train, I was hoping for a friend. But for the first few days, everyone in the hostel was either violently ill or tanned and wearing a bindi and finishing their trip. I consoled two different women on two consecutive nights as they cried at the realization that their trips were actually over. Envious of their positive experiences, I wanted to fall in love with India the way they both had.

After spending my third night alone in the all female dorm, two solo backpackers came trickling in one night. When I awoke, the hostel was newly chatty and curious, couches filled with friendly travellers. We gravitated towards each other, and bonded over a walk through the Dhavari slum that day. Our friendships were solidified when we played extras in a Bollywood film the following day, (but that's really a whole other story). I remember the first night we met, someone mentioned wanting to "rent a boat with a group" to explore the backwaters of South India. I didn't even know then what the backwaters were, or that we would all be on a boat together just two weeks later.

We hired a private boat for two nights and three days, and it took us all around the backwaters of Kerala with stops here and there to explore the way people live in this area. We docked for the nights at the river banks, and stayed up late swapping travel and relationship stories. During the days, though, we mostly just sat and watched the trees float by.

This trip was over a year ago, and I am still in regular contact with a few of the friends I shared this boat ride with. I'm not the first to say it, but I really do believe traveling solo is the best recipe for making a few more friends around the globe, as meeting on the road adds so much energy and intensity to a friendship. You instantly have shared experiences to bond you: where you've been together, what you've eaten, where you've slept, and who else you've met. The best part of all is that friends you meet on the road tend to be on the road again, making them easy future travel partners. In fact, last year I visited one of the friends I met on this trip in India when she was travelling in Egypt.

That made India my 49th country. When I was finally travelling around, I kept thinking to myself "why did I wait so long to come here?". Unlike Japan, English is spoken commonly, and people will approach you and offer directions and help. Unlike Peru, I didn't feel people sizing me (or my belongings) up. I shared smiles with women and their children on the all-female trains in Mumbai. They would ask me what stop I need, and tell me where to sit, and when to get ready to get off. I even had a woman walk me all the way along a series of platforms to help me find my train as she told me about her son in England. Almost every encounter I had in India left me feeling happy.

Why did I wait so long? I don't know, but I do know it won't be long until I visit India again.

Posted by expatkerri at 8:51 PM