The Prettiest City in South America 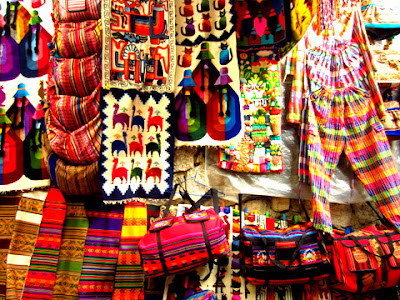 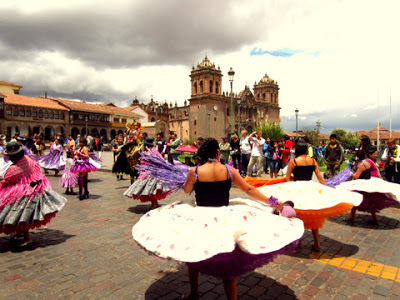 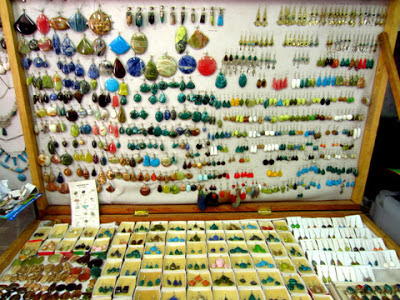 Yes, South America is beautiful. The surfy seas, the cloudy mountains, the endless deserts, the deep jungles, and the cities which are situated among these landscapes.

Cusco, however, captured my heart because it is simply a beautiful city. It is surrounded by mountains, and the main square is framed by two stunning old churches. It was - by miles on the Inca trail - the prettiest city I've been to in South America.

That being said, I haven't made it to Rio yet... 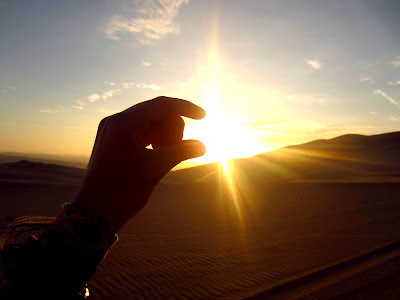 As our taxi pulled up to the tiny village of Huacachina, after a long day of bus riding from Nazca, I was taken aback by the view. I felt like I was suddenly in the Arabian deserts, worlds away from the beaches of Mancora and the historic lights of Lima. 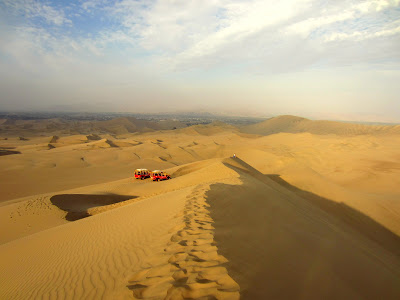 Without even trying, I found myself next to an oasis in the middle of the deserts of Peru. 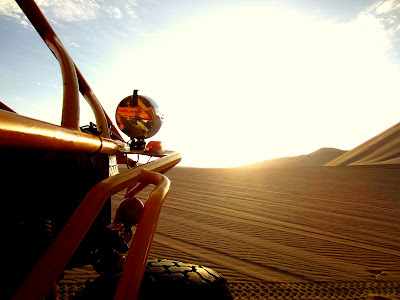 The next natural step was to get in a huge 4x4 with a wild engine and ride the sand dunes like a rollercoaster. And then, once at the top, to ride head-first down the dunes on a small sandboard. 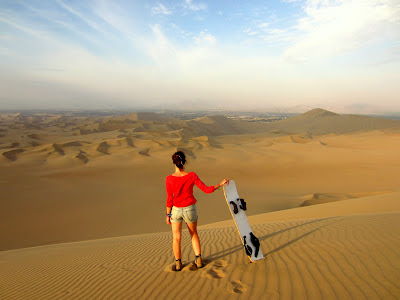 It was the sandiest day of my life. 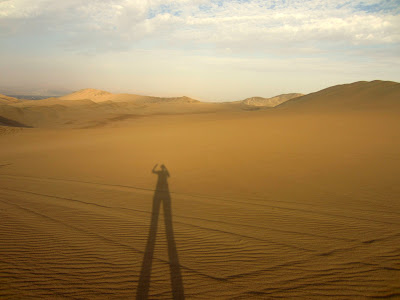 Despite still finding sand in my pockets now 2 weeks later, it remains one of the best activites I've done in Peru. 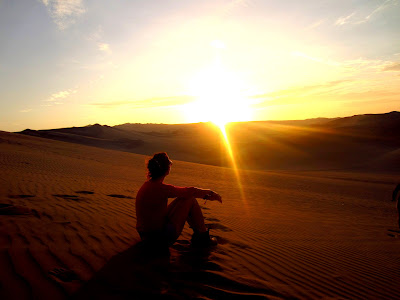 From the top of a giant pile of sand, I found myself longing for more of this madness. Longing for more of these days where I wake up and don't know that a few hours later I'll have sand in my teeth and a big grin on my face after riding down a steep sand dune. Longing for more moments of life where I can just jump in head-first and feel the wind (and sand) on my skin.
Posted by expatkerri at 9:33 PM 3 comments

Whales and Dreams in Peru 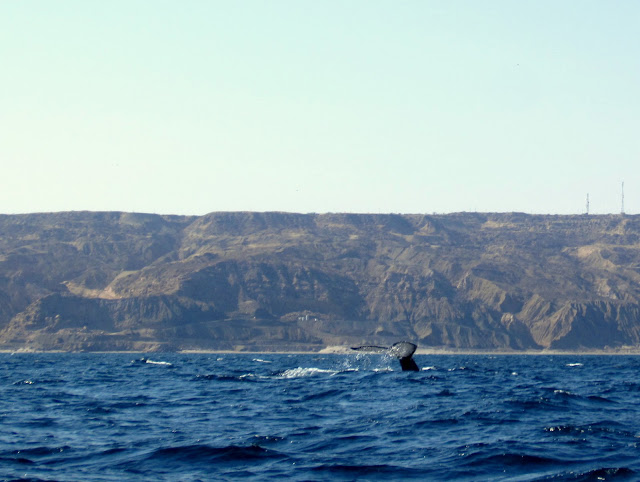 5 days into Peru, I've already completed one of my biggest dreams. Ever since I can remember, I've wanted to see whales with my own eyes. From reading magazines to watching underwater National Geographic documentaries, I've been imagining whale watching since I was little.

I didn't know how to conceive of the biggest animals on Earth. How big were they really? Bigger than a school bus? Bigger than my bedroom? I had no sense of the relative size of a whale. 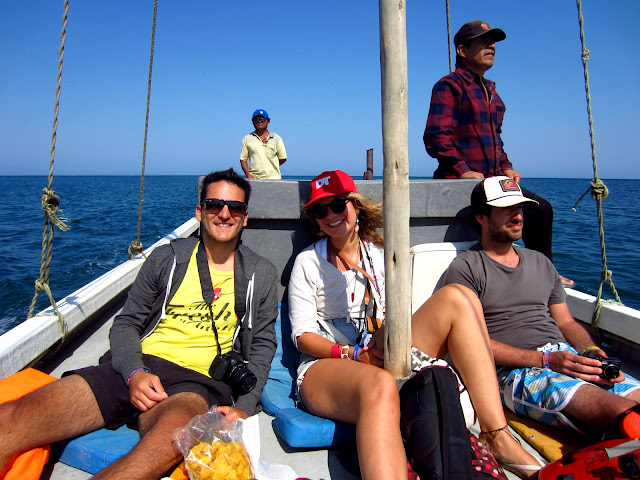 That was, until we were sitting at lunch with a view over the sea on my birthday, and someone pointed out to the horizon and showed us a big white splash. They said it was a whale, far out there, breaching in the deep seas. First one, then another. We just stared at the horizon as giant splashes appeared and disappeared in the distance. It was beautiful to see them, even from afar. I hadn't known that Mancora, Peru, was the best place to whale watch on the west coast of South America, nor did I realize that we were there in the right season. It was decided then and there that we would go whale watching the next day. 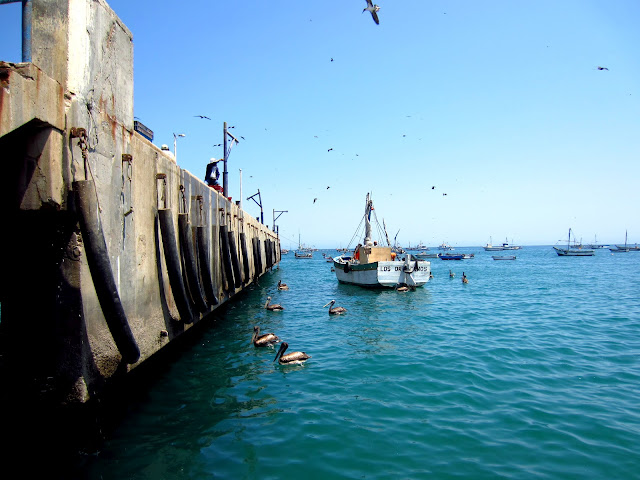 It was an early morning. Our boat, small and slow, brought us out to the wavy seas, and we waited with our cameras in hand.

Though I was optimistic, I remembered the time I tried to whale watch with my mom and sister in Cape Breton in 2006, and no whales surfaced for us. Part of me wondered whether the whales would come up for us that day. 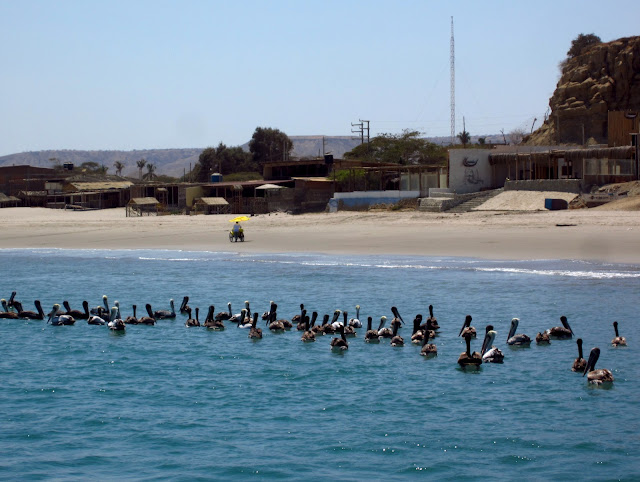 It wasn't long before the whales were up too. As they surfaced for air, we pointed and loved each moment. Precious giants, sharing a breath with us. 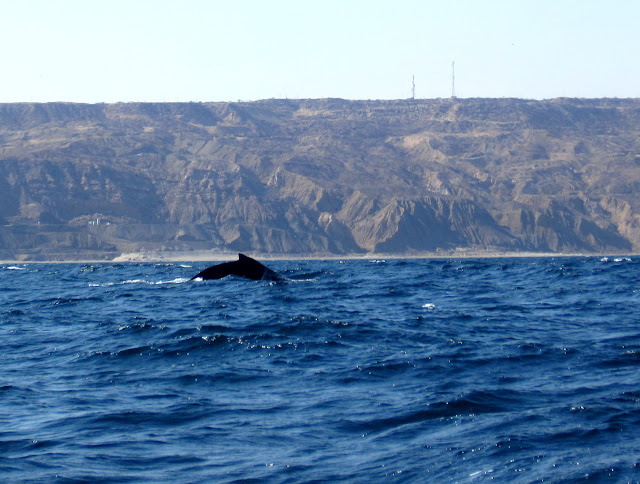 Still dreaming of whales, my next dream is to see one under water when I scuba dive...

Have you ever seen whales, or do you want to?
Posted by expatkerri at 8:26 PM 4 comments