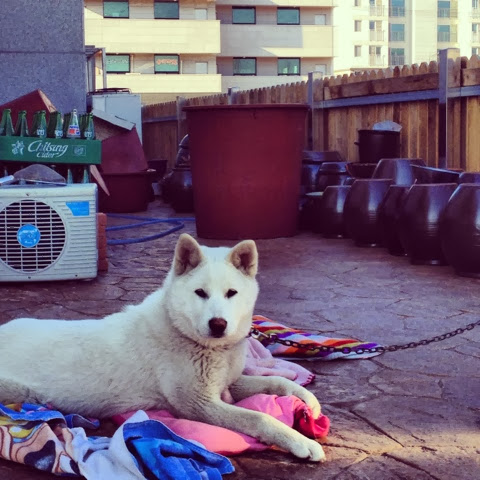 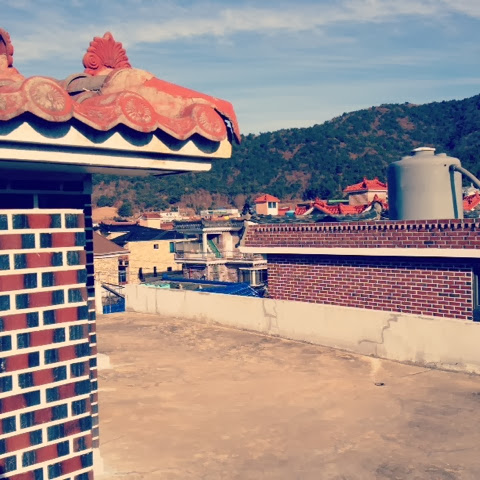 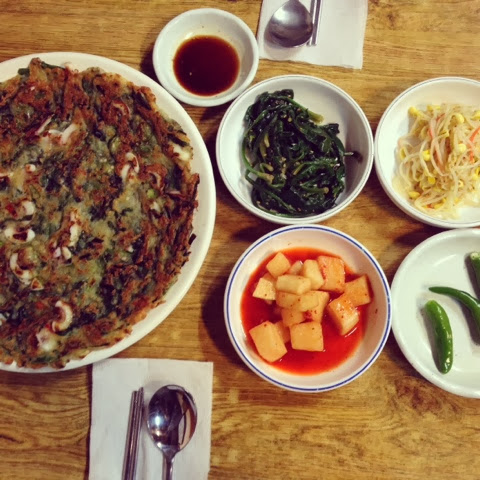 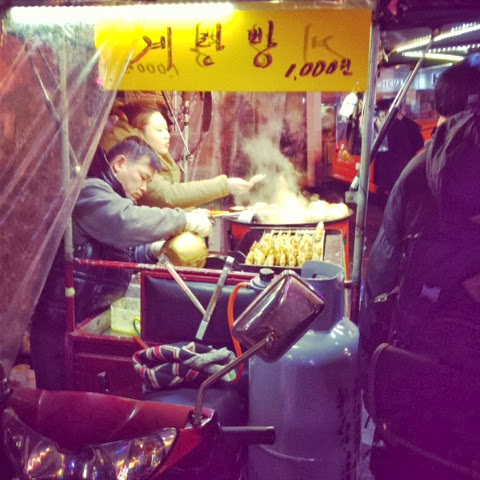 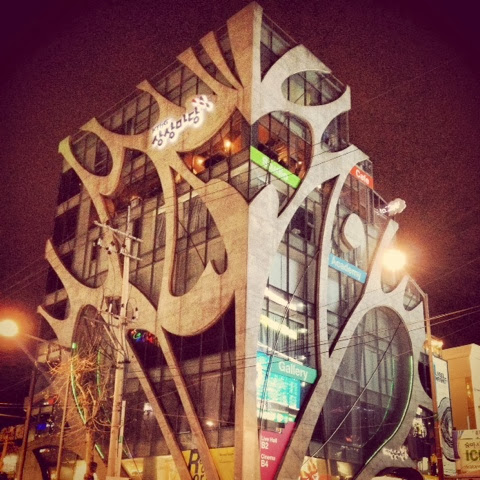 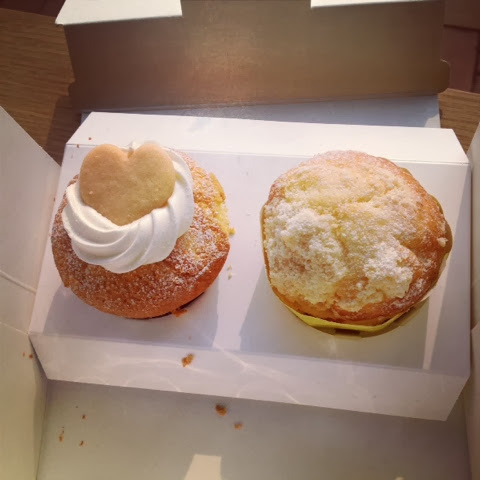 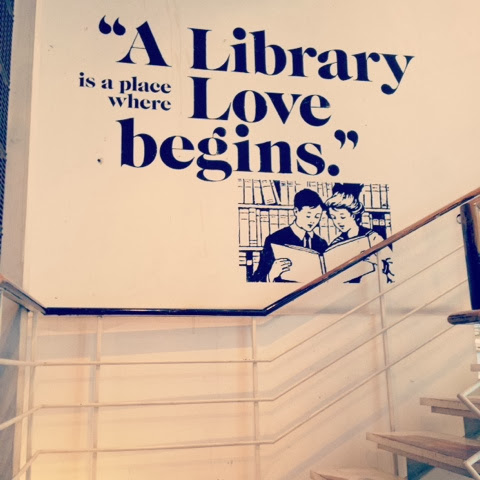 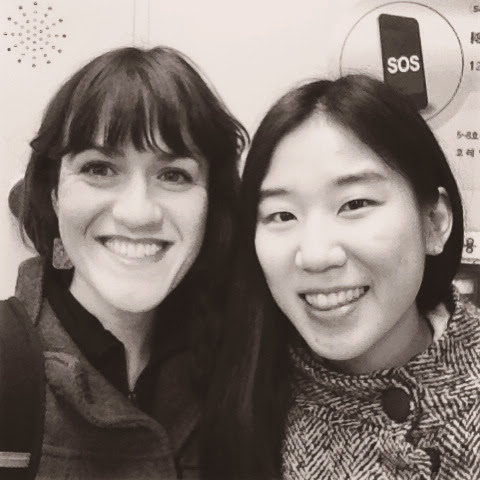 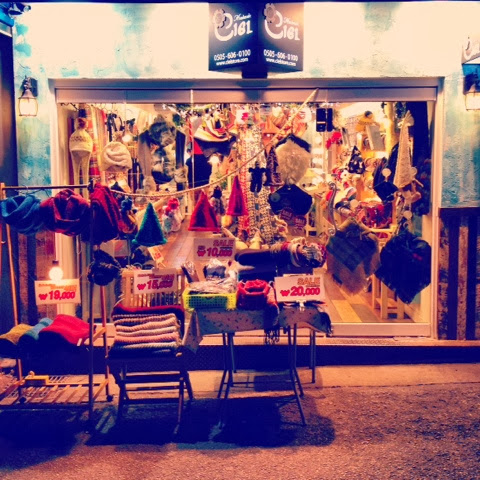 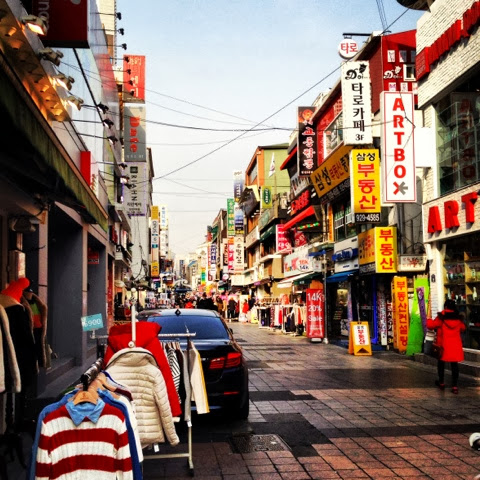 I've been in Korea for 4 days now, and I've hardly slept a wink. Jetlag seems to be hitting me pretty hard this time around, so I am trying my best to adjust to the time here. At first I was insomniac for 2 nights, barely sleeping more than an hour. But, it's getting better slowly, as I woke up at 4am yesterday and 5am today.

I arrived in Seoul and spent my first night with my friend Yoomi, sharing her one-room apartment near Seongsin Women's University in central Seoul. Yoomi and I originally met in Toronto in 2008, when she was a student in my Beginner level class. We have become really close over the years, so it was really nice to spend those first few hours back in Korea with her. She even had made vegetarian pizza from scratch for me when I arrive at her place.

The following day we walked around Myeongdong together and did a little shopping. My luggage didn't arrive with me on my flight from Detroit, so I bought a few necessary items to survive until my bag would be delivered (which happened on Sunday night at 1:30am, but that's another story).

On the way to meet my friend for dinner, something amazing happened. I was transferring trains in the subway, and someone behind me said "Kerri?" It was surreal, to hear my name in such a crowded place. My first day in Seoul, and I ran into my good friend Hyojin! We couldn't believe the chance, in a city of 10 million...

That night I met up with my old friend and fellow Youtuber Stephen for Mexican food in Hongdae. He took me to his favourite bar, Thursday Party, and it was full of foreigners. I think there might be more foreigners in Seoul now than there were in 2012... but I don't know any numbers. It was fun to hang out there, but I tend to prefer the quieter more local feeling bar scene in Hongdae.

The next day, after an insomniac night, my friend and former student EunJu called me and we met up for coffee and breakfast near Ewha University in Seoul. It was so great having a coffee bun from Paris Baguette (some things never change). EunJu is an ambitious traveller, visiting India 3 times by herself, so we had a really satisfying conversation about travel, happiness, and our memories.

That afternoon I took a bus to Changwon to visit an old friend and to pick up a guitar and a suitcase that I had left behind when I left Korea in 2012. Actually, when I left Korea then, I was certain I would return within a few months, so I left a lot of important things here in Korea. I left them with my Korean boyfriend at the time, who is now my ex, and who at the time of breaking up told me he would throw my belongings into the trash. Needless to say, it was very relieving to see my luggage and guitar as I had left them, in the hands of a good friend. A big part of the reason for my trip here now is to bring those things back with me, and in a way to close some chapters of my life here in Korea.

After Changwon, I took a bus to my old stomping ground, Jinju! I met my former boss and my friend Seongmin for lunch. It was great to see my boss, as she is an amazing woman who helped make my time at Jinju Kyodae very rewarding. I also had a fun time catching up with Seongmin. Seeing both of them, I realized it's wonderful to see people that you love doing well in their lives.

Now I am preparing to return to Seoul to visit with a few more friends before I fly to the Philippines for a week. I can't wait to sit on the beach and get back into scuba diving. Luckily, I'll have one more week in Korea before I return to Toronto at the end of the month. I know the beach will be great, but part of me will be counting down the days to Seoul again. 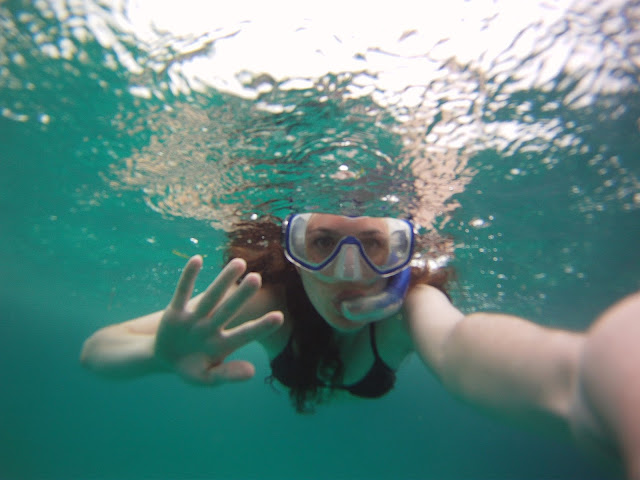 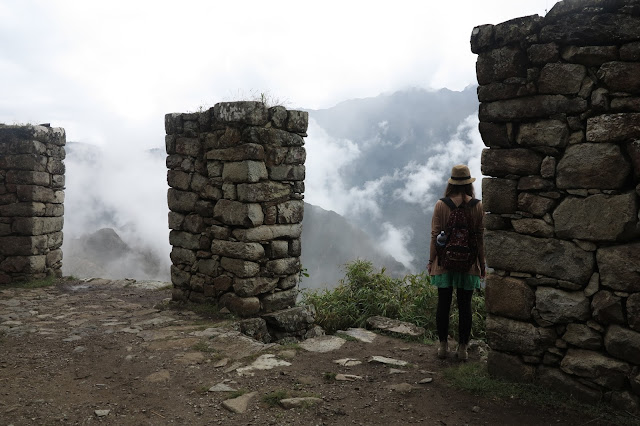 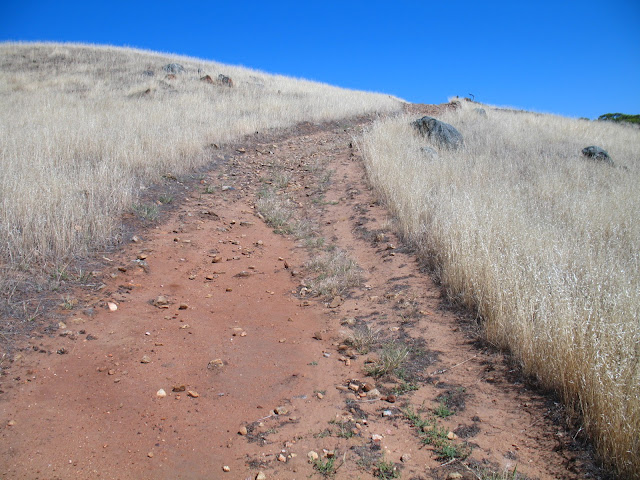 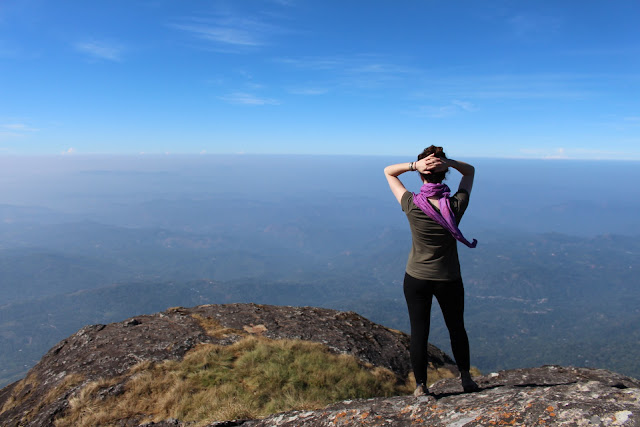 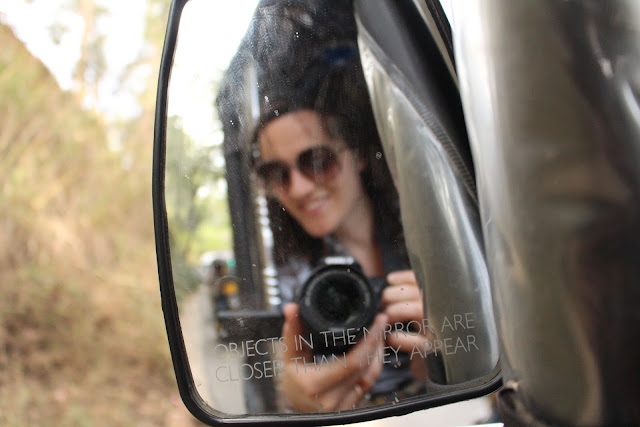 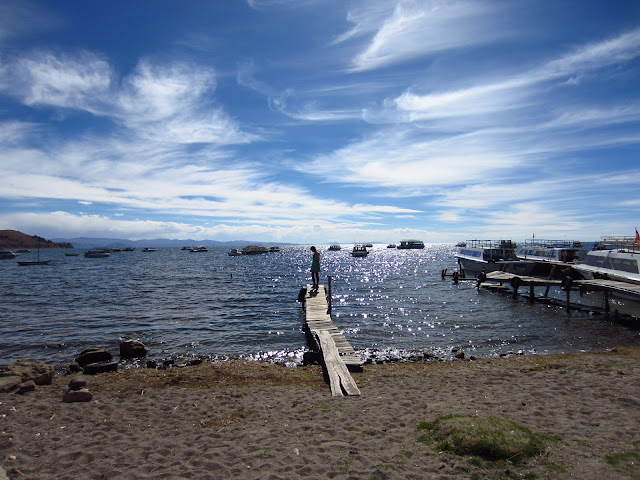 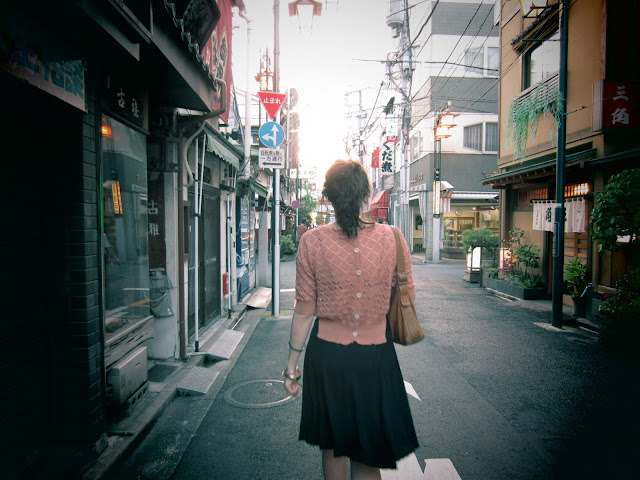 "A lifetime isn't long enough to walk all the roads a wanderer wants to walk, but it will have to do."
Posted by expatkerri at 8:28 PM 22 comments