Realizing we're both navigating the same territory, I've invited Tom from waegook-tom to share insight into the mulitple ways he's been learning Korean over the past 3 years. I'm proud to share this insightful and informative post with all of you! Tell us all your secrets, Tom... 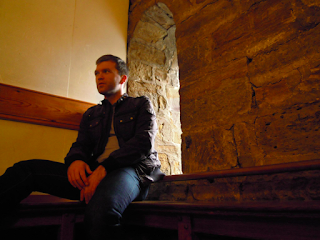 It’s common courtesy that when you go to a foreign country on vacation, you pick up a few basics of the language. Hello, thank you, good bye, it’s delicious. Standard fare that’ll get you a few smiles from the locals, maybe an impressed gasp or two.


What about when you’re moving to a foreign country? It helps to know more than a few phrases in the local lingo and if we strain hard enough, most of us can probably remember at least a few basics in Spanish, French or German from secondary school.


But, what if you’re moving to a country where the language isn’t taught in schools in your home country? That’s an issue facing the growing number of expats moving abroad to teach English in ESL Asian hotspots such as South Korea, China, Japan and Thailand.


Whilst I can’t speak for the latter three countries and the ease – or lack thereof – of learning their mother tongues, I can offer you up some advice on Korean. You may well need it, too – Korean is one of the hardest languages in the world for people with English as their first language to learn.


So, you may ask, who on earth am I to give you advice on learning Korean? Granted, I’m not fluent. I’ve been living in Korea for almost three years now, but I’ve only been studying the language at more than a moderate output of effort since December 2010. At that point, the grammar I knew amounted to zero, and my vocabulary consisted of less than a thousand words.


Many of those words were inappropriate things that I’d gleaned from my elementary school students.


Four months later, in April 2011, I took the TOPIK (Test of Proficiency in Korean) and passed at a level 2 – upper beginner. Not bad considering I’d only been studying properly for a third of a year.


Am I fluent in Korean? You’re right to wonder. No, I’m not. Right now, I’m studying in order to take the intermediate test and obtain a level four.


My purpose here isn’t to teach you Korean, but rather to guide you towards places and resources that will help you improve your language skills. Let me guide you, friend…


Talk To Me In Korean


Without a doubt, the best resource online for Korean learners at a beginner and intermediate level is the Talk To Me In Korean website, or TTMIK as it’s more commonly known. Run by polyglot Sun Hyunwoo and a few regular contributors, the site is a fun, user-friendly base for those wishing to learn the language.


You can start off at the very bottom – with the alphabet – and work your way up through the grammar lessons, which start with the basics and progressively get harder in difficulty. For intermediate learners, the site has a series of “Iyagi” – conversations between native Korean speakers on a variety of interesting topics.


I still visit the site on a regular basis – there’s always something new to learn. TTMIK’s sister site, Haru Korean, is also a great site where you can practice writing Korean and get feedback and corrections from native Korean speakers.


Every language learner should have a good vocabulary book and be referring to it regularly in order to memorise new words. I mean, there’s no point knowing a whole bunch of grammar but only knowing a handful of words to form sentences with, right?


The problem a lot of foreign language users have with vocabulary is retention. You can sit and memorize words, but if you’re not using them in speaking or writing, it’s very easy for them to slip out of your memory.


This is where Quizlet comes in. Quizlet is an online resource that helps language learners make their own online flashcards. You can create your own cards, or search for ones that other users have already created. They have a smartphone app that you can download, too.

In preparing for the TOPIK Intermediate test, I’ve been using Quizlet a lot. In addition to the flashcard feature on the site, they also have a few fun games and an audio option so that you can hear how the word sounds. For any intermediate learners, my username on the site is waegooktom – feel free to browse my sets. The site is absolutely free, so no worries about paying to download anything.


If you’re in Korea, or in a city that has a large Korean population – hello London, Los Angeles, Toronto – then you can benefit from language exchanges. If you’ve never heard of it before, the concept is as simple as it sounds. Practice speaking in another language and make new friends while you’re at it. Check Facebook for local groups and ask for information about local language exchanges. If there isn’t one available, then be brave and consider setting one up yourself. All you need is a coffee shop and someone willing to talk!


You may well make a good friend out of a language exchange – someone you can hang out with regularly, and maybe go out for a few drinks with. Alcohol lowers your inhibitions, and this is true of speaking a foreign language. I got a dear friend of mine who spoke zero Korean into bed with a Korean Olympic boxer after a few shots of soju when I decided to approach the guy after my friend kept gushing over how cute he was.


I can’t guarantee that I can do the same for you, however – nor do I recommend alcohol as an active part of any language learning process. You know, with the whole “kills brain cells” effect that the tipsy liquid has and all.


If you don’t have the ability to attend a language exchange physically, then try one online by joining a site like Interpals. The site connects people across the world as e-pals, with a large number of users looking for language exchange. If you feel comfortable enough with someone, you could have a cyber language exchange via Skype. Remember, with online personal sites, never reveal any information such as your address or financial details – stay smart, and have fun!


I’m a visual learner – if I see a word written down, I remember it – and I’m pretty lucky in that sense. I’m most definitely not, however, an aural learner – somebody who learns through sound. One of my closest friends, Gina, is an aural learner and picks up Korean through dramas and music. Whilst I’m pretty good with grammar and vocabulary, Gina’s pronunciation is impeccable and Korean people have no problem understanding her. Ever.


K-Pop is becoming pretty popular globally now, and there are countless videos of today’s K-Pop artists on Youtube for the world to see. Many of these come complete with Korean subtitles, English subtitles, and “Romanji” – the Korean pronunciation written in English.

My own personal thoughts on Romanji are that it’s pretty useless – sometimes the translation is OK, other times it’s bad. There’s no official way of doing Romanji, so unless someone understands all of Korea’s pronunciation quirks and rules (there are a lot), the quality can vary wildly.


Back to the main idea though – K-Pop music videos (and dramas) with appropriate subtitles are a great way to learn if you’re not really a visual learner. Check out this latest video from the super funked-up Ulala Session if you want to see what I’m talking about.


Learning Korean and approaching anywhere near a level that allows you to have full, uninterrupted conversations with a Korean person requires a whole lot of dedication on the part of the learner. I’m nowhere near there yet, even as an intermediate learner – I need to tweak my listening skills and hone in on my pronunciation. Some people have a natural talent for it, whilst others have to work a lot harder – and hard work is the key here.


So don’t give up, try out the resources and tips for learning that I’ve mentioned here, and as they say here in Korea, “FIGHTING!” 화이팅! 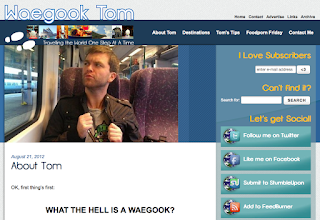 Tom has been living in Korea since 2009, first in Daegu, and now in Daejeon. He blogs over at Waegook-Tom.com and enjoys exploring Korea and it’s many quirks, and shovelling a rather alarming amount of Korean food down his craw (yet he laments the lack of decent cheese). Tom will be going round the world in 2013, and you can keep up with him and his adventures by following @waegook_tom on Twitter.


All photos and words are Tom's, and were used with permission.

Posted by expatkerri at 8:31 AM