"I don't think you should go to Colombia,"

my sister texted me, just weeks before I set off on my trip through Central and South America,

"my friend is Colombian and she hasn't even been back there in 15 years." 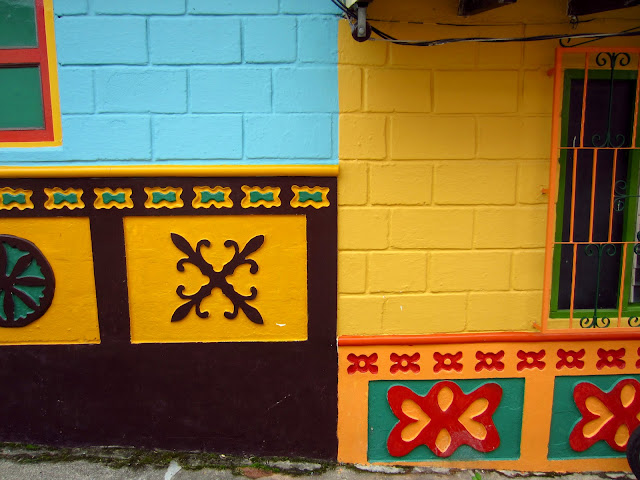 There are two sides to every story, and that applies evermore to travel in Colombia. On one side, Colombia is a violent and dangerous country, ruled for decades by outlaw armed groups and later by billionaire cocaine smugglers. Of the same grain, a visit to the Canadian travel report on Colombia could easily scare you away from booking your ticket. Talking about your travel plans for Colombia can result in worried disapproving looks from friends and family. A quick Google search which turns up articles about young gangs hired by drug lords to kill the cops doesn't really help either. 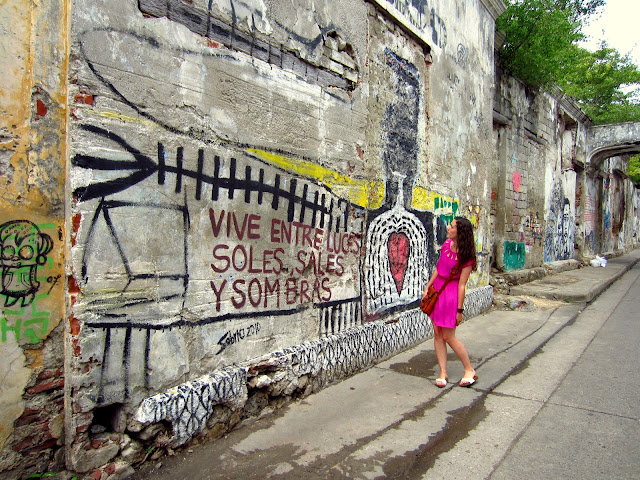 But on the other side, the traveler's side, you hear a different story of Colombia entirely. Stories of magical lost cities, of colonial statues and salsa at night, of crystal clear beaches and breezy mountain villages, of cumbia bus rides and dancing in line at the ATM, of smiling handshakes and milkshakes of lulo... the kinds of stories that make a place alluring and fantastic. When recent travelers are asked about it, they all say the same thing: 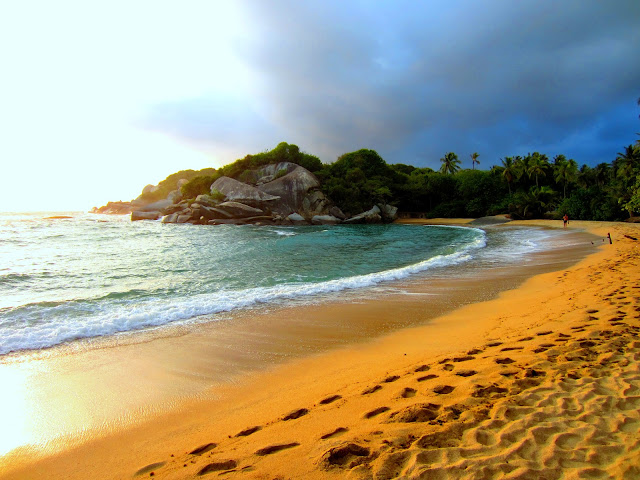 "You will love Colombia"

The truth is, Colombia is a different place now than it was 15 years ago. The intense fear surrounding travel in this country is not without reason, but now with travelers to nearly all regions of the country, are we ready to re-think it?


I am in Medellin as I write this post, which at one point was the most murderous city in the world. You wouldn't know it now, though, as locals chat with us, offering advice for places to visit or giving directions. 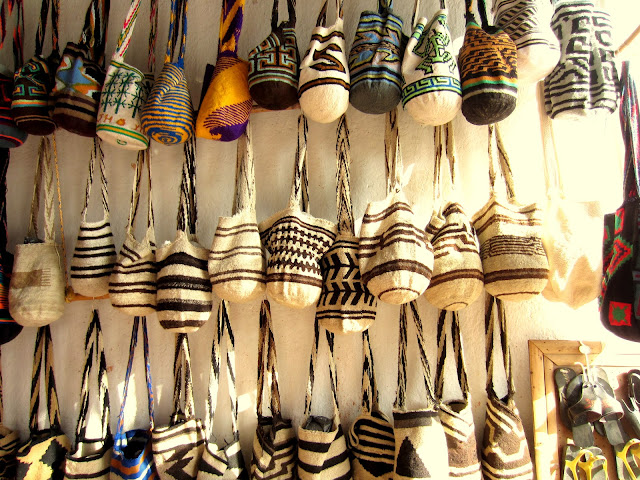 The increased security of the last ten years makes Colombia much more accessible for travelers. On this journey through Colombia so far, I've met visitors from Ireland, England, Germany, Austria, Holland, France, Spain, Mexico, the USA, Australia, New Zealand, Japan, South Korea, Colombia and of course, fellow Canadians. The majority of travelers here seem enthralled by the culture and nature of this country, and many are adjusting travel plans to manage overstaying every place they visit. I'm no exception.


Starting with a booking for 3 nights in Cartagena and staying for a week was just the beginning. The old city left me breathless and dying to see more of the colourful buildings. It also gave me the sweetest taste of anticipation for what the rest of South America has to offer. After overstaying in Cartagena, I only imagined a few nights in Taganga. I ended up spending another week diving in the national park, among blowfish the size of my torso and some of the prettiest coral walls I've ever seen. The rumours are true: 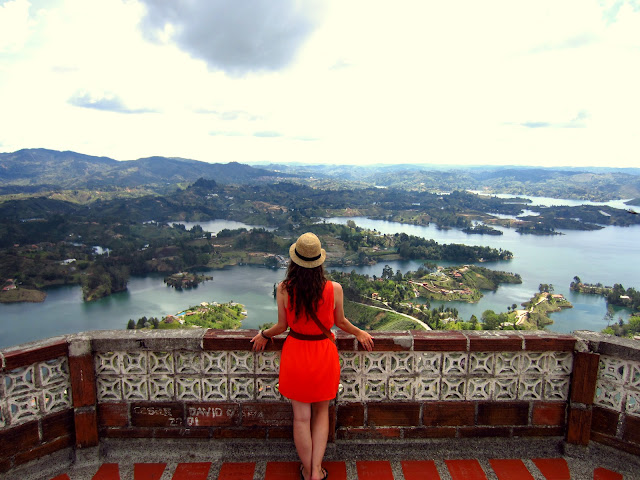 "You will fall in love with Colombia"

I've already fallen in love with Colombia, evidenced by my extremely slow journey here. I went through the whole of Costa Rica in just over a week, and I've already spent two weeks just in the northern regions of Colombia. But that's me, and that's how I travel: when I like a place, I stay for a while. Lucky for me, my travel partner travels by the same rule. 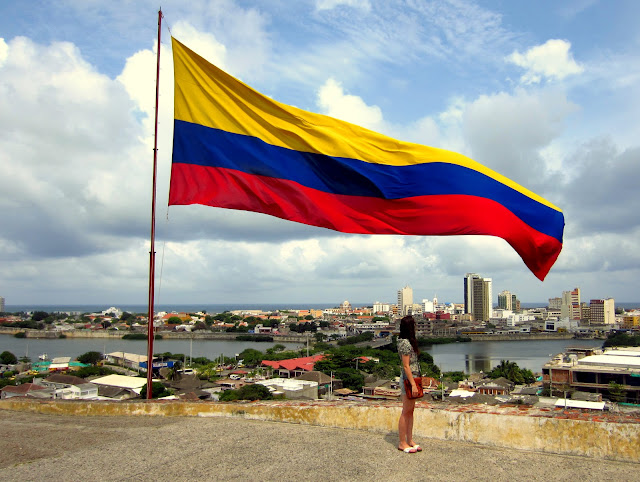 So, why did I like Taganga, and why did I overstay my planned visit by a week? I went into a dive shop looking to do some fun dives, and I was greeted with the friendliest and warmest smiles. The dives were gorgeous too, but it was the people who took us on those dives who made me want to stay. People like our boat captain Oscar, a 60-something Colombian man who sings to himself while we prepare our tanks and put on our fins. Or the man selling empanadas on the beach who eyes us when he says 'cervezas', just in case we want another one. Or the simple welcome of an "hola chicas" as we return to our hostel after a day at sea. Or the 12-year old next to me on the plane who strikes up a conversation in Spanish and suggests spots to visit in his hometown of Cali. It's just like all the travelers said: 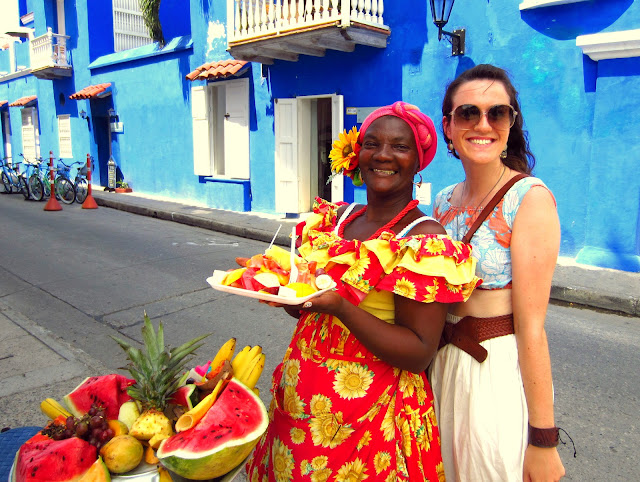 "You will meet the nicest people there"

Now 2 weeks into Colombia, I can only wonder if our upcoming destinations: Salento, Cali, Popayan, San Agustin, and Bogota will implore us to overstay as well. At this rate, hearing what the travelers coming north have to say, it'll be another month before we actually leave this country, at least. We plan for 2 more weeks before we get to Ecuador, but can we really see and do all that we want in just 2 weeks? Like everyone tells us: 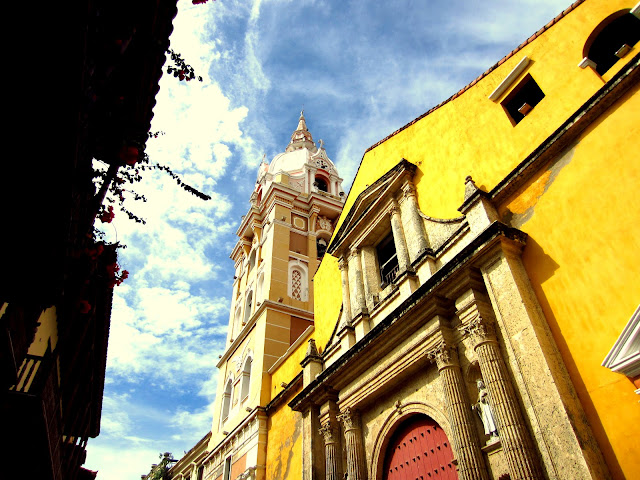 "You will want more time everywhere in Colombia"

The only way I will be able to leave this country is to know that I'll be coming back. Already contemplating future teaching jobs and learning Spanish here, I know this first month in Colombia won't be my last.﻿
﻿
Posted by expatkerri at 8:17 PM